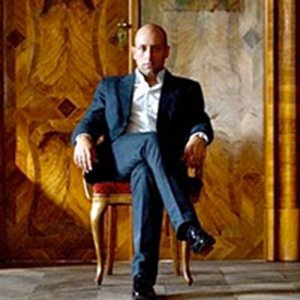 ‏My cousin and duo partner, Carl Philippe Gionet and I, have always wanted to explore baroque repertoire together. When Handel House invited us to be a part of their ‘Royal Handel’ series, we were thrilled to put together this exciting programme in such an historic venue. We found it both touching and rewarding to rehearse and perform where Handel himself lived and worked in London for 36 years, until his death in 1759. The possibilities for repertoire was extensive, as there were far too many rampant royals in Handel’s dramas to choose from! We could have filled an entire concert series with this theme, but have managed to narrow it down to a few enchanting royal ladies…

‏The royal courts of Handel’s heroines were places of indulgence and intrigue: seduction and sorcery. The queens and princesses portrayed in his operas were women of power, who possessed and played with the supernatural in order to achieve what they wanted. The mystical queen Alcina, princess Deidamia of Scyros, and Cleopatra queen of Egypt all addressed the Gods in their quests for power, love and happiness. The arias are powerful, and many test the musical boundaries of the time, in order to fully portray the drama. For example: Alcina’s command to the spirits in ‘Ombre pallide’ portrays a great contrast to the playful Cleopatra, as she charmingly calls on her gods to aid in her seduction of Cesare, in the lesser performed ‘Tu la mia stella sei’ and ‘Venere bella’. Deidamia, Handel’s last opera, is opera seria with a sprinkling of ‘buffa’: the original title being ‘Achilles Among the Girls’. Princess Deidamia muses that Achilles will reveal his identity by constantly returning to his love in ‘Nasconde l’usignol’: being the young warrior that he is, he simply can’t stop himself. When Achilles is discovered, and heads his call to battle, Deidamia curses the Greeks who lead him, commanding the waves to destroy their ships in ‘M’hai resa infelice’.

‏Carl and I are so looking forward to returning to Handel House next year for ‘Capturing Cuzzoni’  and are also planning a new Handel programme with baroque ensemble, that will tour Eastern Canada in 2015. Here’s to HANDEL!

Songs for soprano and guitar
Scroll to top