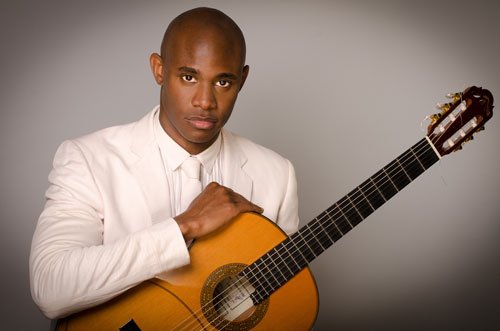 Songs for soprano and guitar

‏For the past few years I have been very fortunate to collaborate with the renowned Cuban guitarist, Ahmed Dickinson Cárdenas. We met during a concert we were both performing in at St Paul’s Covent Garden in 2010, and have worked together in the UK ever since, for such organisations as the Oxford Lieder Festival, Nonclassical and the Schubert Society.

We explore classical song repertoire which will lend itself to guitar, for which Ahmed skilfully does most of the arranging. Spanish composers, such as Rodrigo and de Falla exude the sexiness and melancholy associated with the guitar. We have found that French flare, displayed in the music of both Ravel and Bizet, also suits our duo.

We have also performed more traditional repertoire, such as the Ladino songs of the Sephardic Jews. Schubert’s Lieder were also often arranged for voice and guitar, in order to expand on the music’s accessibility, in the salons of Vienna. It’s been interesting to work on Schubert’s lieder, with a different soundscape than the usual piano. Singing with the guitar affords me the luxury of really experimenting with my sound, as the vocal demands are very different to that of performing with an orchestra.

Ahmed is a gifted accompanist, always memorising the music, so that he can truly breath and follow everything I do during performance: the result is liberating. We look forward to many musical ventures in the future, and are also known to enjoy a bit of salsa every now and then too!